Today was President Hinckley's funeral. It was a very nice service. I believe at one point the reporters on the radio were mentioning how people were hearing the reporting outside of the Salt Lake area, and I couldn't help but think that it was so appropriate that President Hinckley's funeral would be heard and experienced by people all over the world through media means, since he was so good at using the media to further the purposes of the Lord. As the funeral procession proceeded up South Temple, the bells of the Cathedral of the Madeleine were ringing, which was a very nice tribute from our Catholic friends. People were waving white handkerchiefs and canes as the funeral procession passed by. BYU-TV had coverage of the funeral for much of the day, anchored by Jane Clayson Johnson and Don Olsen. 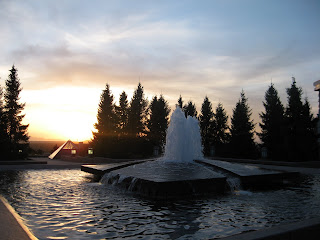 Here are a couple of links to some things I ran across this week that were interesting:
Why Music Sounds Right
Getting Things Done (When You Really Have To)
Posted by ww at 7:53 PM